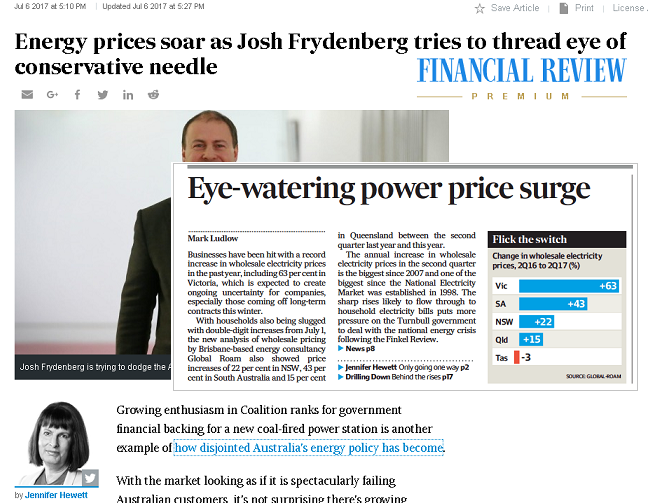 On Thursday 6th July 2017, I posted this analysis on WattClarity ® about some “off the chart” movements in average prices, and pricing patterns, across all 5 regions of the NEM – but most pronounced in VIC, TAS and SA.  This analysis was performed using NEMreview v6.

Following from this, we saw the analysis referenced in a range of locations, some of which will be progressively added below:

in the Australian Financial Review

On Friday 7th July we saw the analysis referenced:

Various commentaries were made by others* on ABC Radio referencing the analysis, and I noticed that:

*  note that we don’t, ourselves, speak on TV or Radio, as it takes our time away from directly serving our client base.

various comments were made across social media (LinkedIn and Twitter are the ones I mostly use).