In early February, numerous news websites including the Adelaide Advertiser and the Sydney Morning Herald embedded our NEM-Watch Live Generation Widget (as seen on RenewEconomy) to help explain the generation mix of each state of Australia during the recent heat waves affecting the South Australian and New South Wales electricity network. In addition to the situational awareness that the widget provided, Allan O’Neil made several posts on WattClarity during the week including this initial analysis attempting to explain the root causes of the blackouts experienced in South Australia. 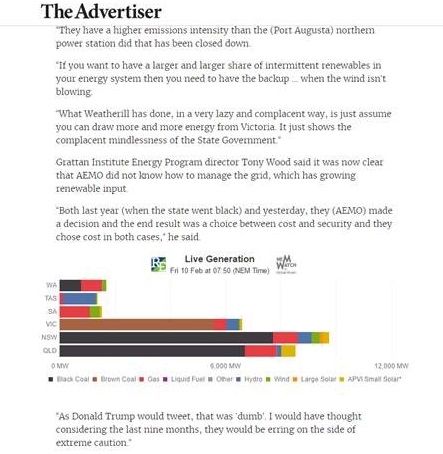