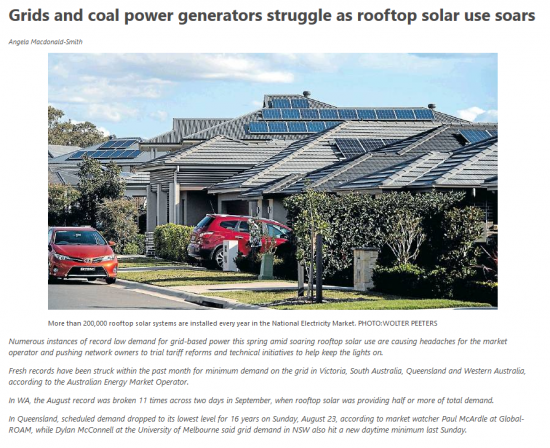 During the months of August and September, scheduled demand across the NEM reached new record lows in multiple regions. As Paul McArdle noted in his analysis on WattClarity, many underlying factors contributed to this trend – the most notable of which is the impact that COVID-19 has had on electricity consumption.

And earlier today, Angela McDonald-Smith referenced our CEO in this morning’s Australian Financial Review, highlighting a similar occurrence in the QLD region in the article “Grids and coal power generators struggle as rooftop solar soars”:

In Queensland, scheduled demand dropped to its lowest level for 16 years on Sunday, August 23, according to market watcher Paul McArdle at Global-Roam.